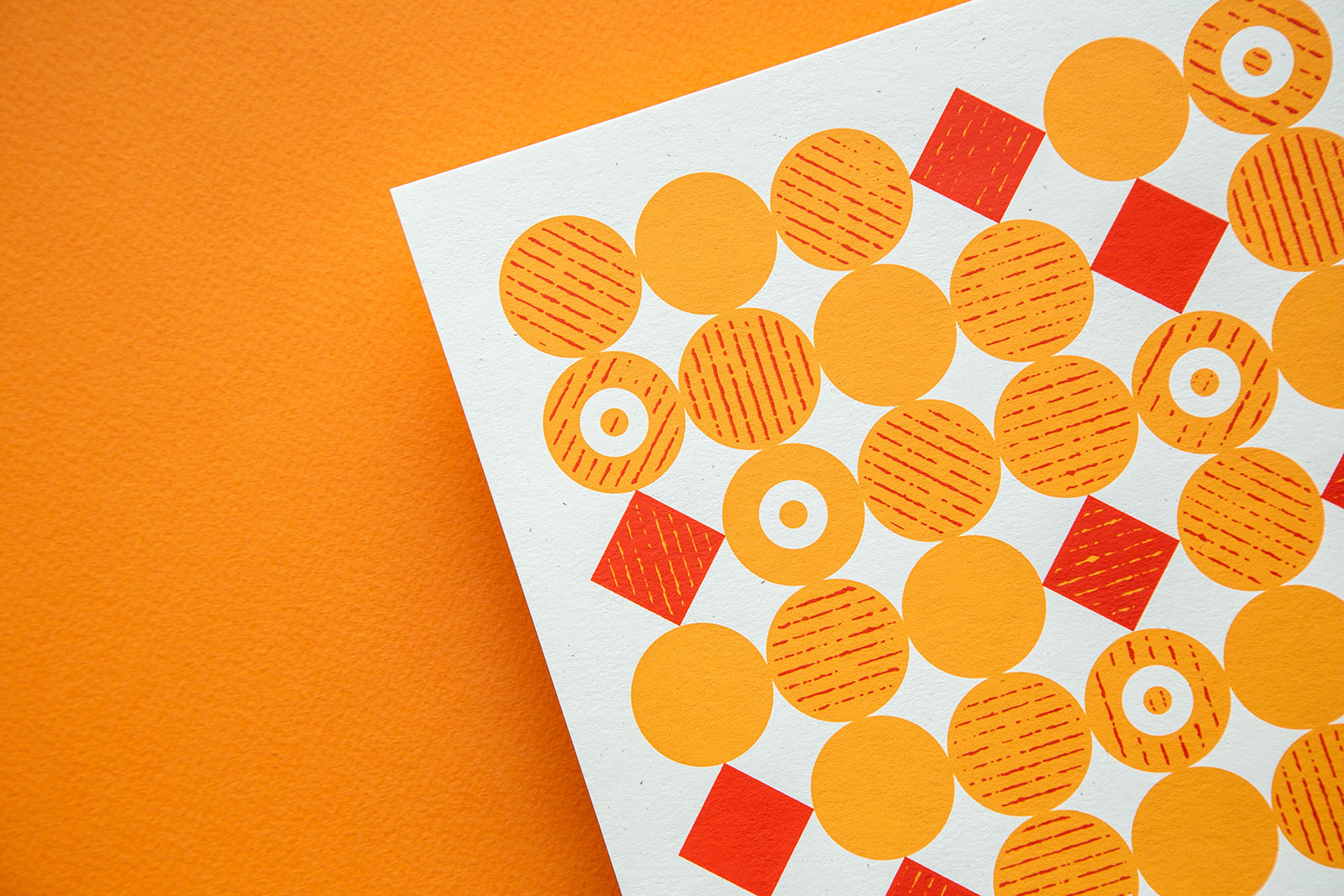 Picture your classic Pinewood Derby: Tidy wooden cars. Precise aerodynamics. Cute boy scout badges. Close competition and hairline finishes. Now throw all that out the window and imagine how off-the-rails it could go when managed by a bunch of artists  with too much time on their hands.

Annually, the creative community in Columbus comes together to build outrageous cars fueled by nothing but creativity, gravity, and beer (and sometimes a little hot glue and a drill) to raise money for CSCA's student scholarship fund.

I designed and led the planning for the 2019 event, inspired by the simple idea of harnessing the wackiness that people bring to the derby. Referencing classic forms and colors from mid-century modernist design aesthetics (gotta appeal to the audience!) everything got "flipped" and distorted to put a funky twist on design that otherwise taps into designers' nostalgia and craft sensibility. 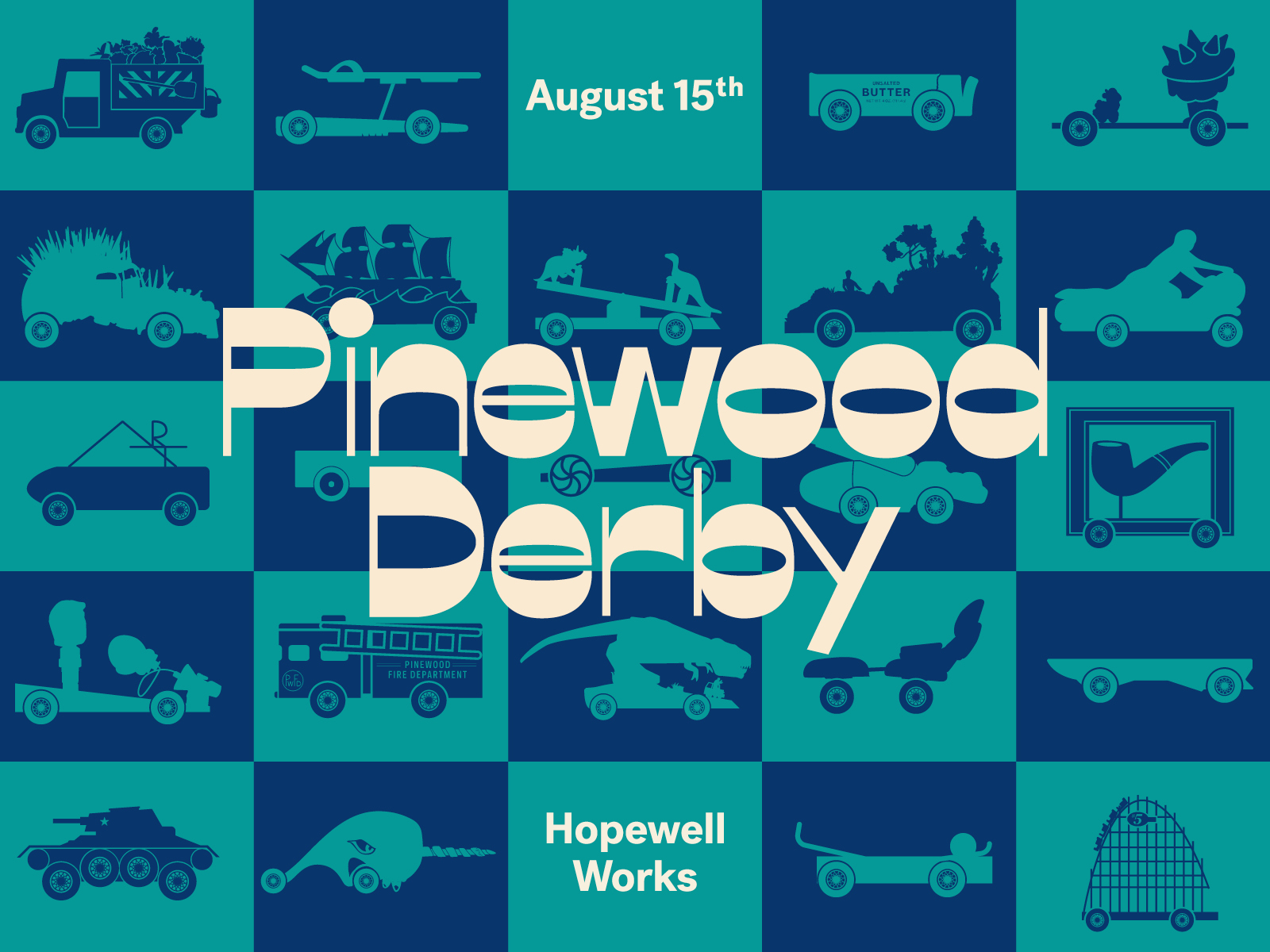 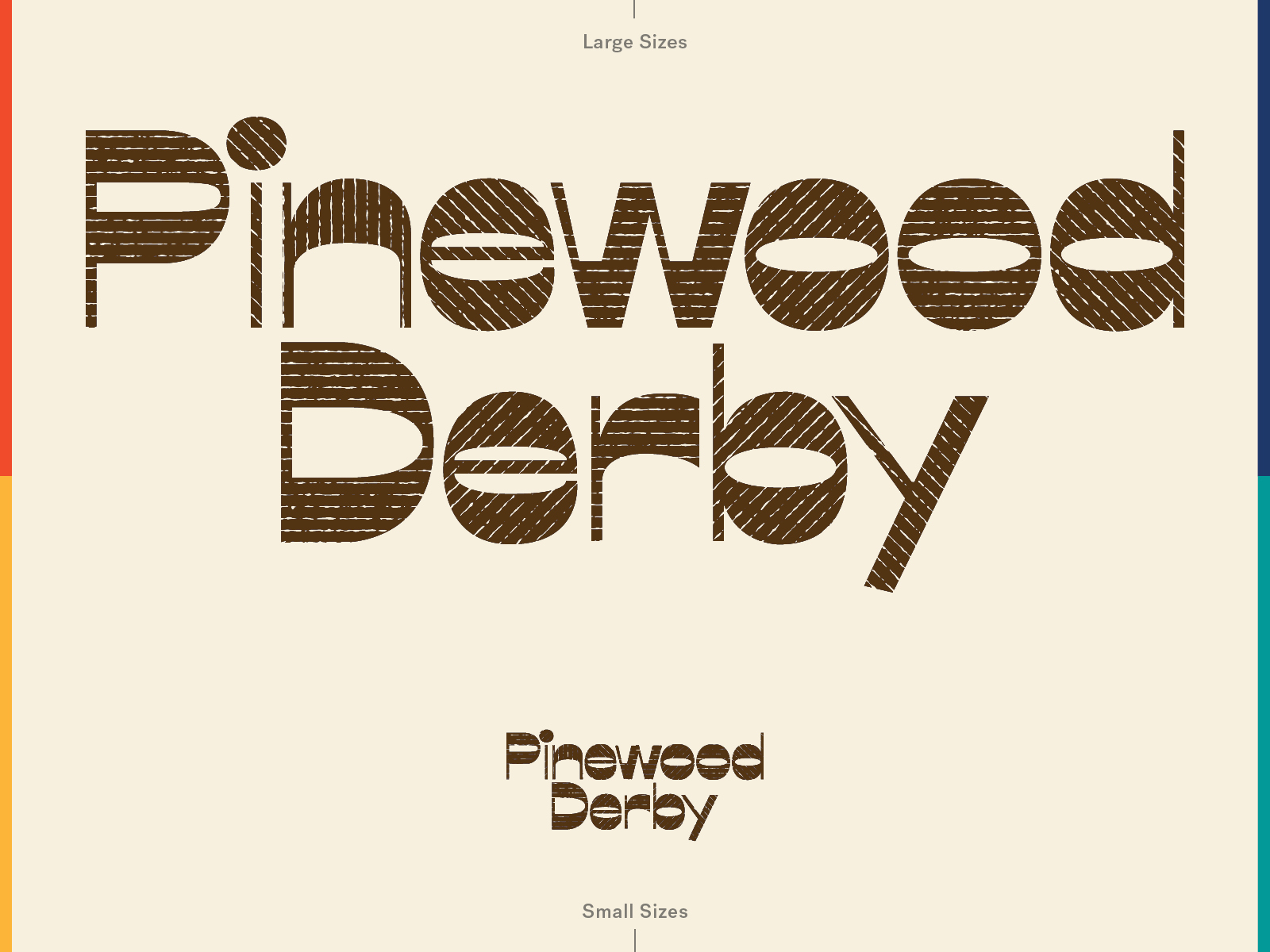 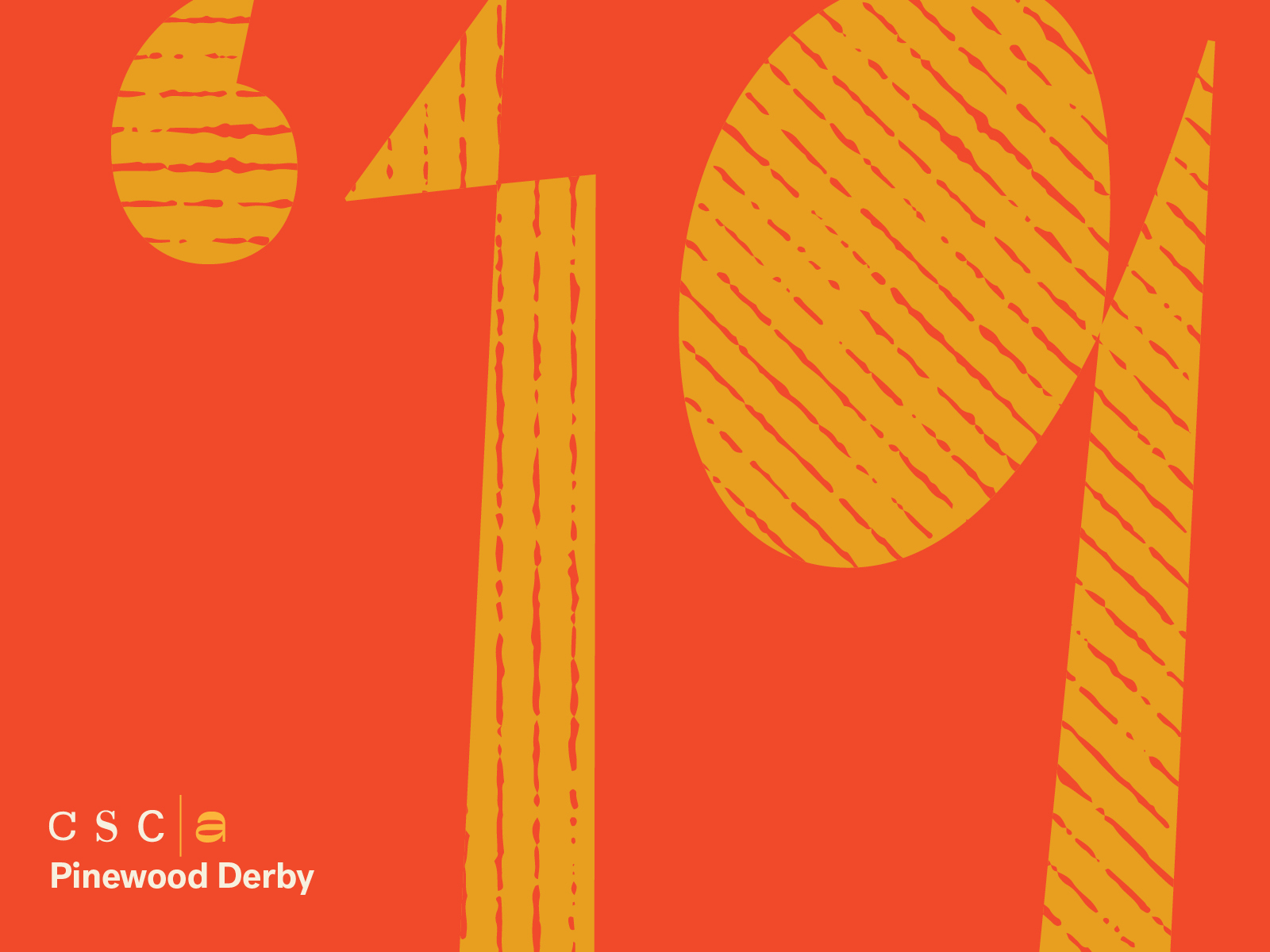 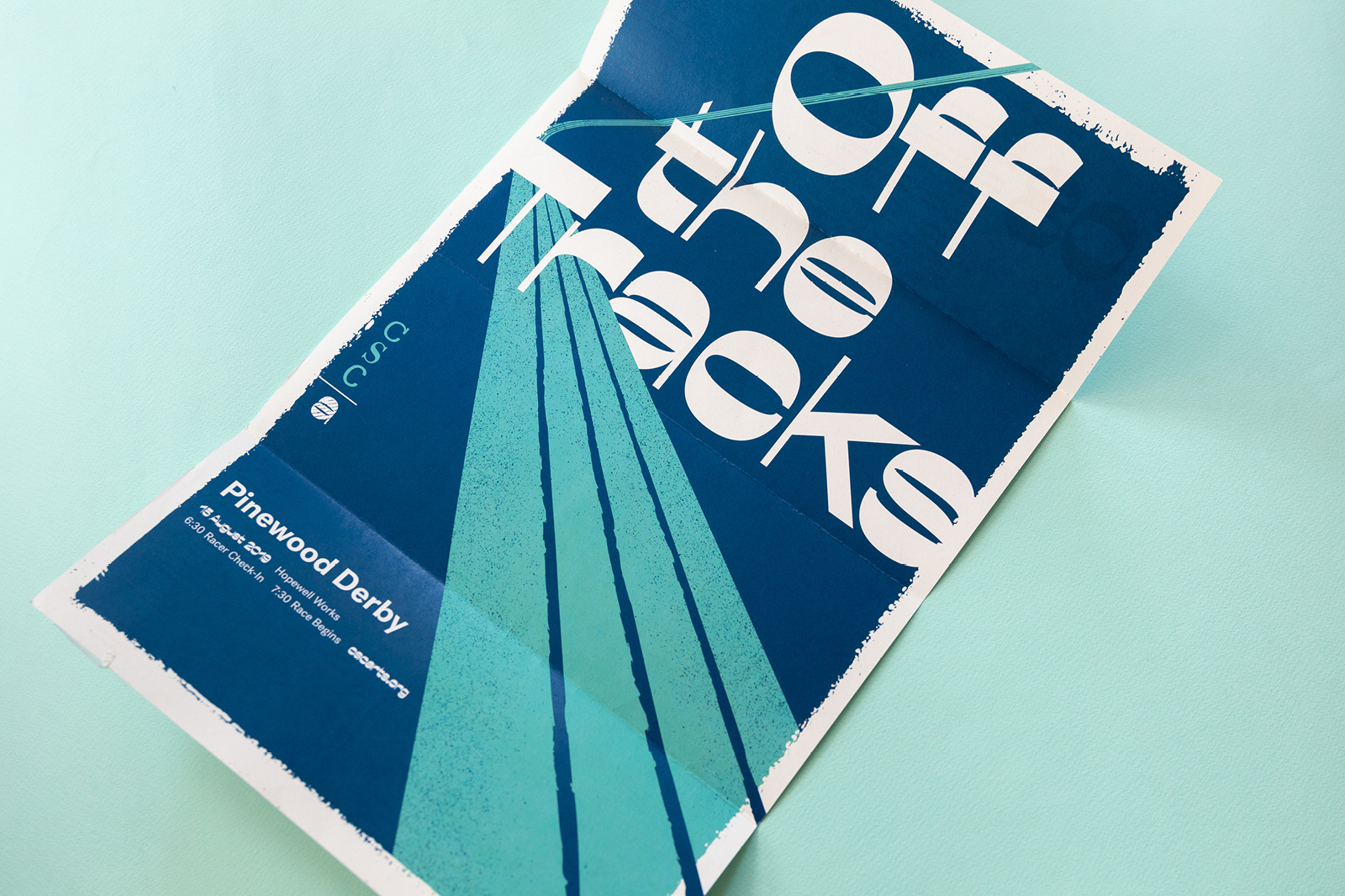 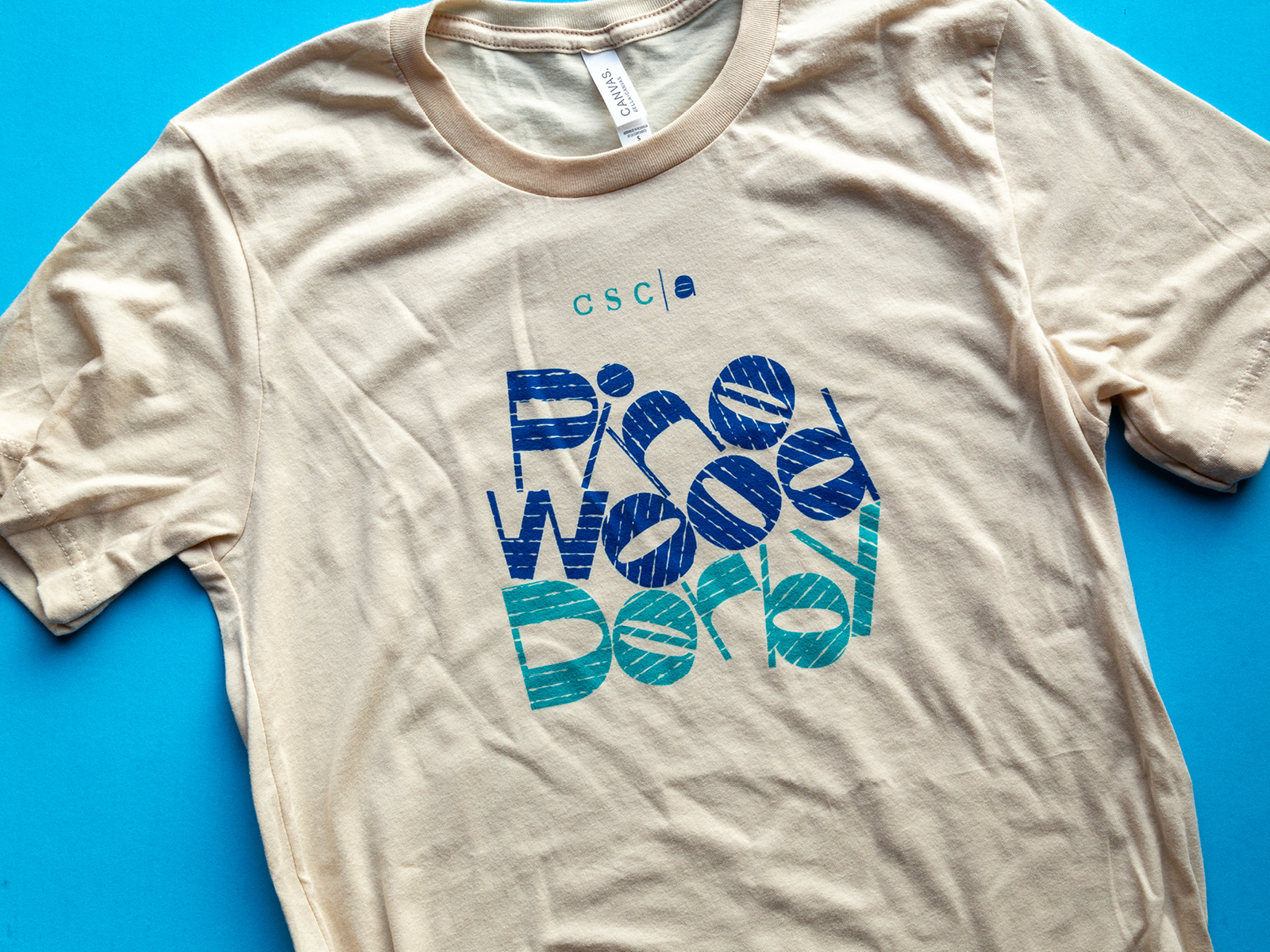 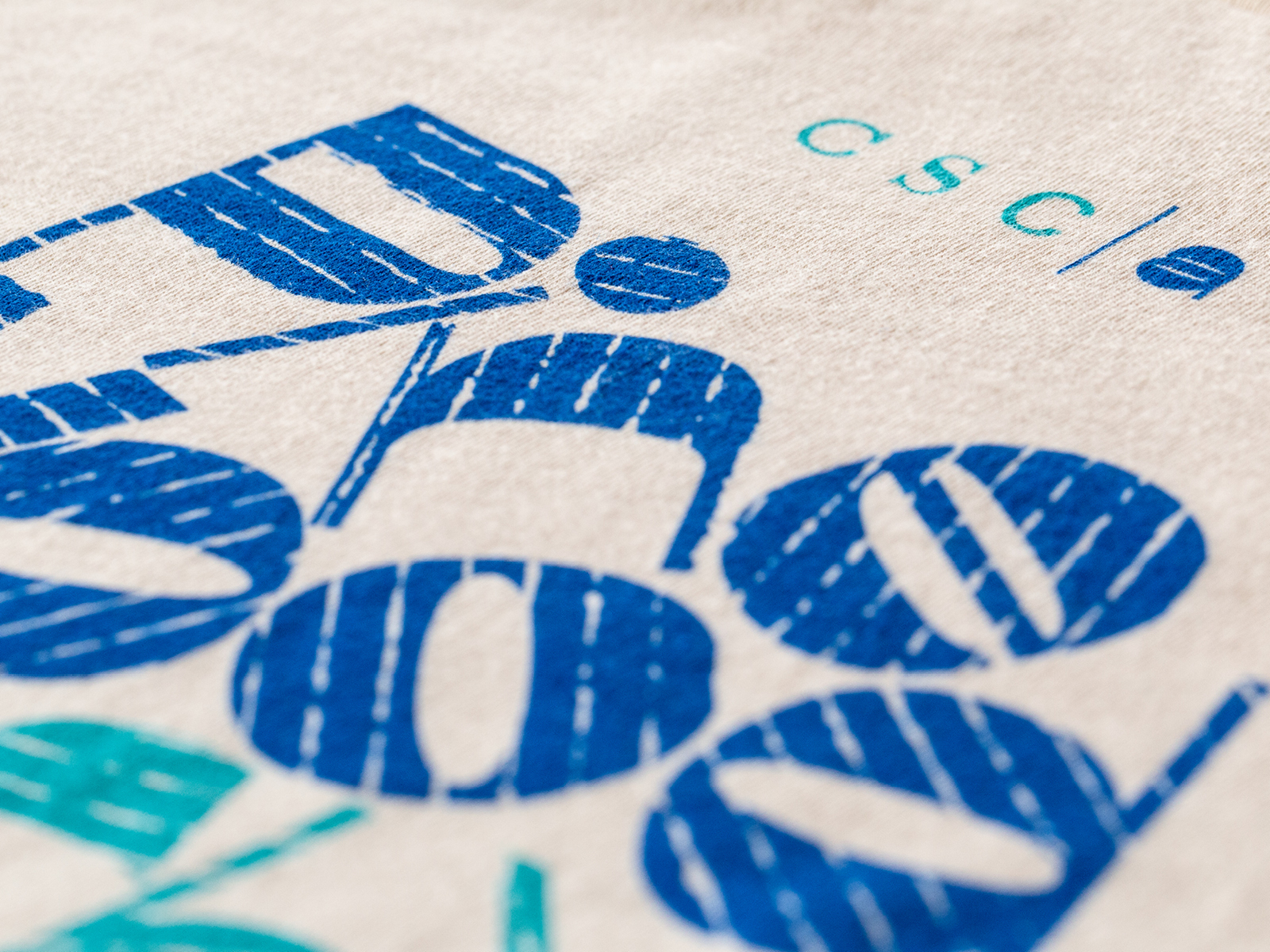 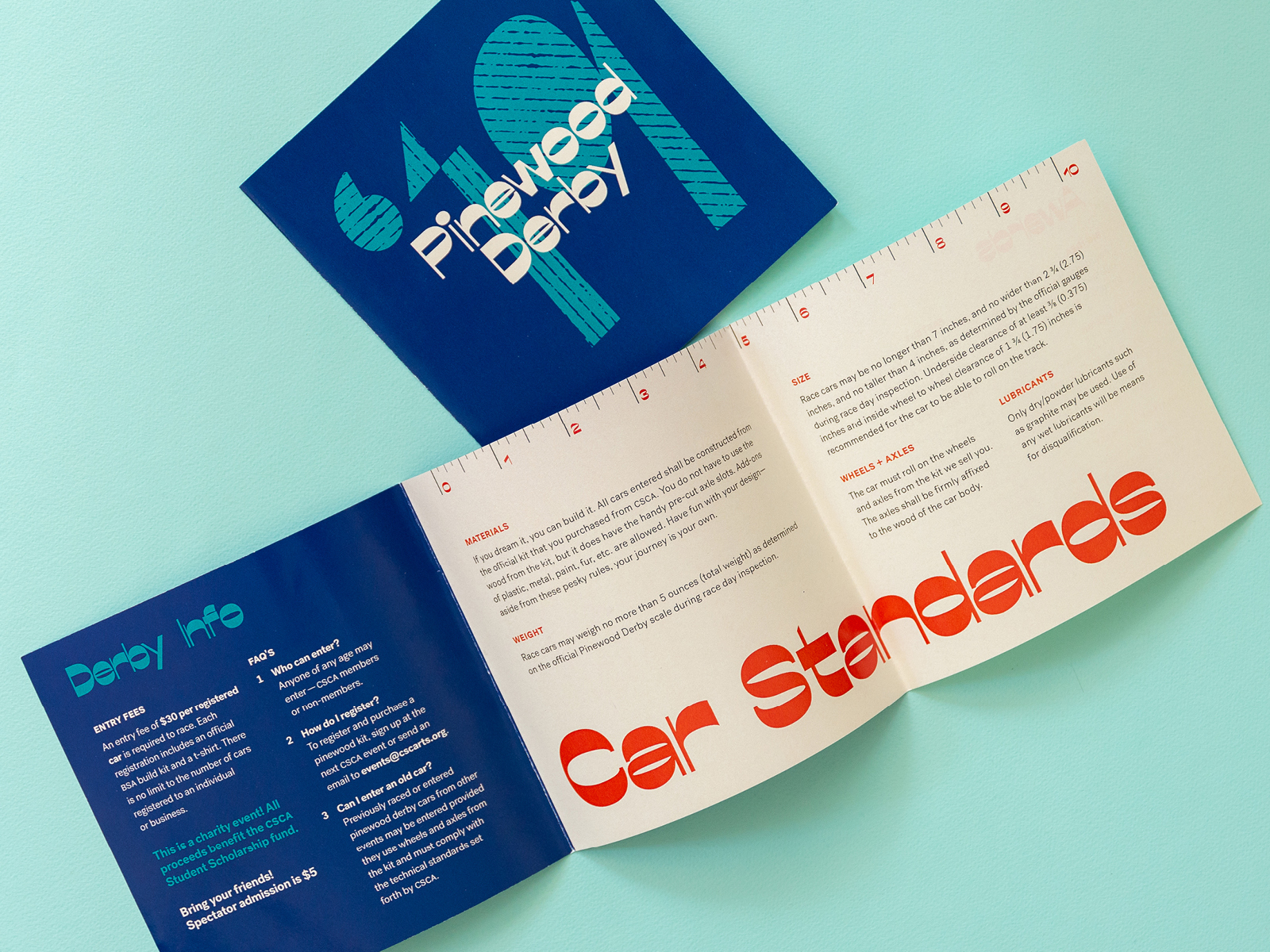 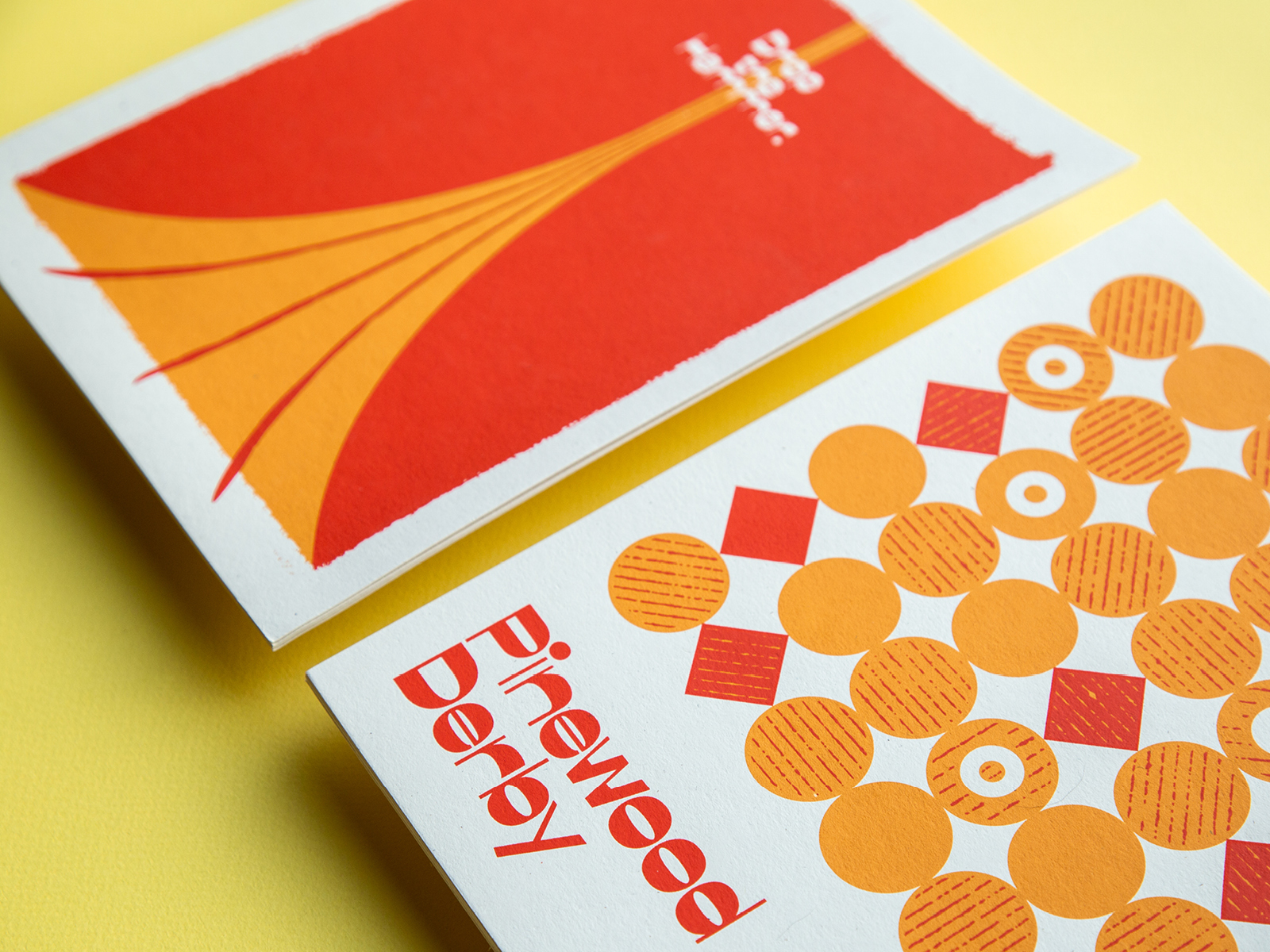 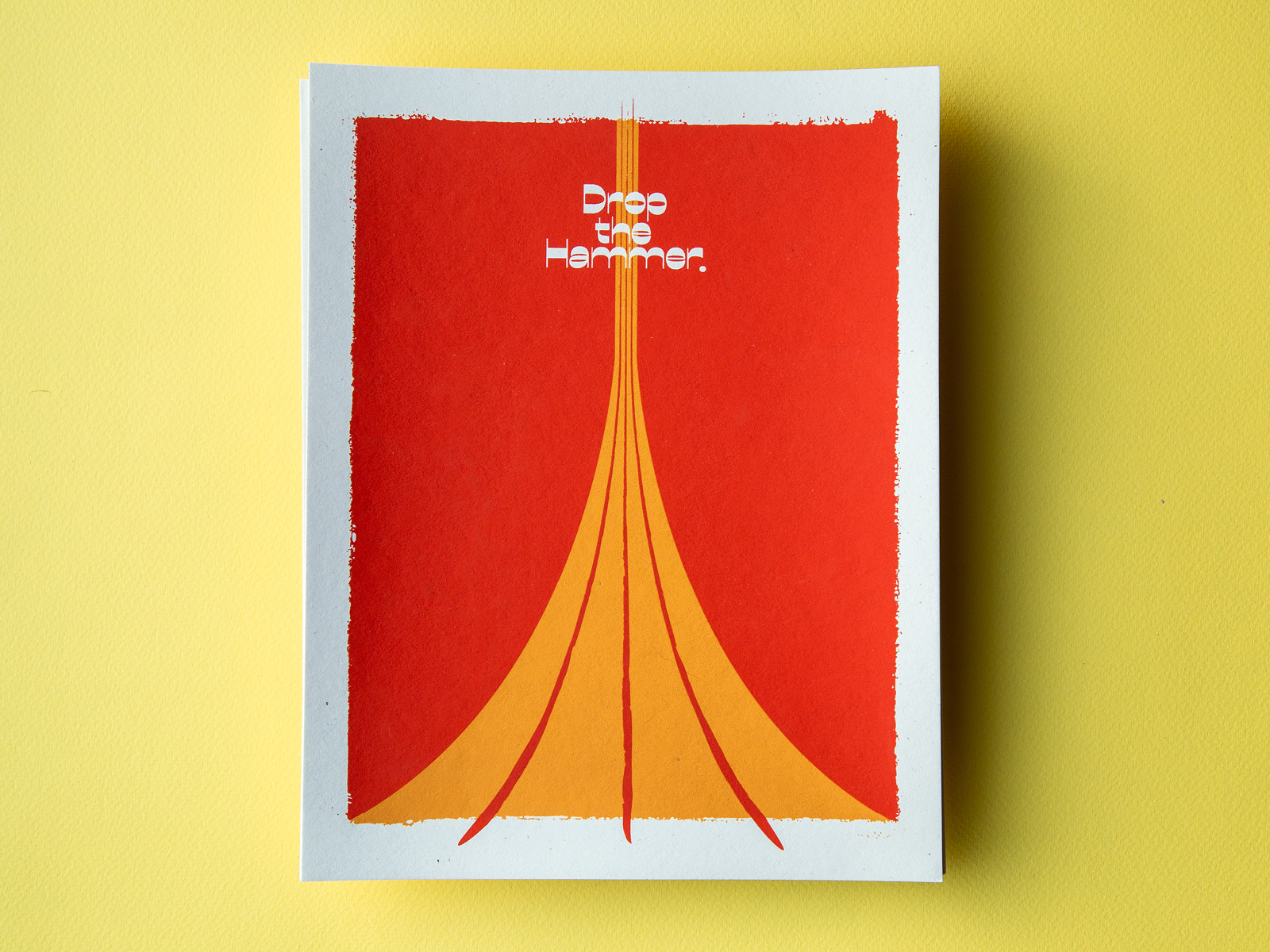 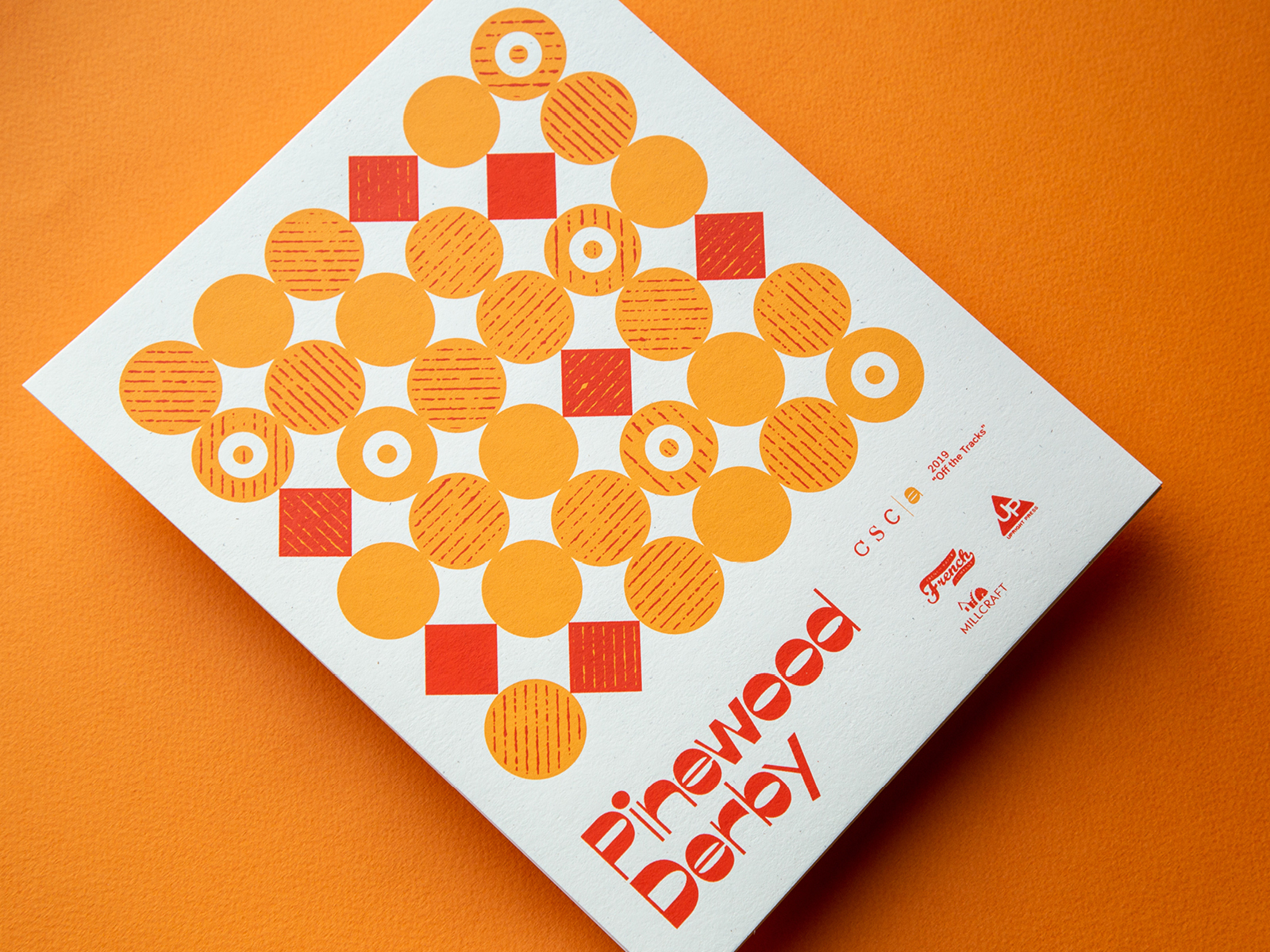 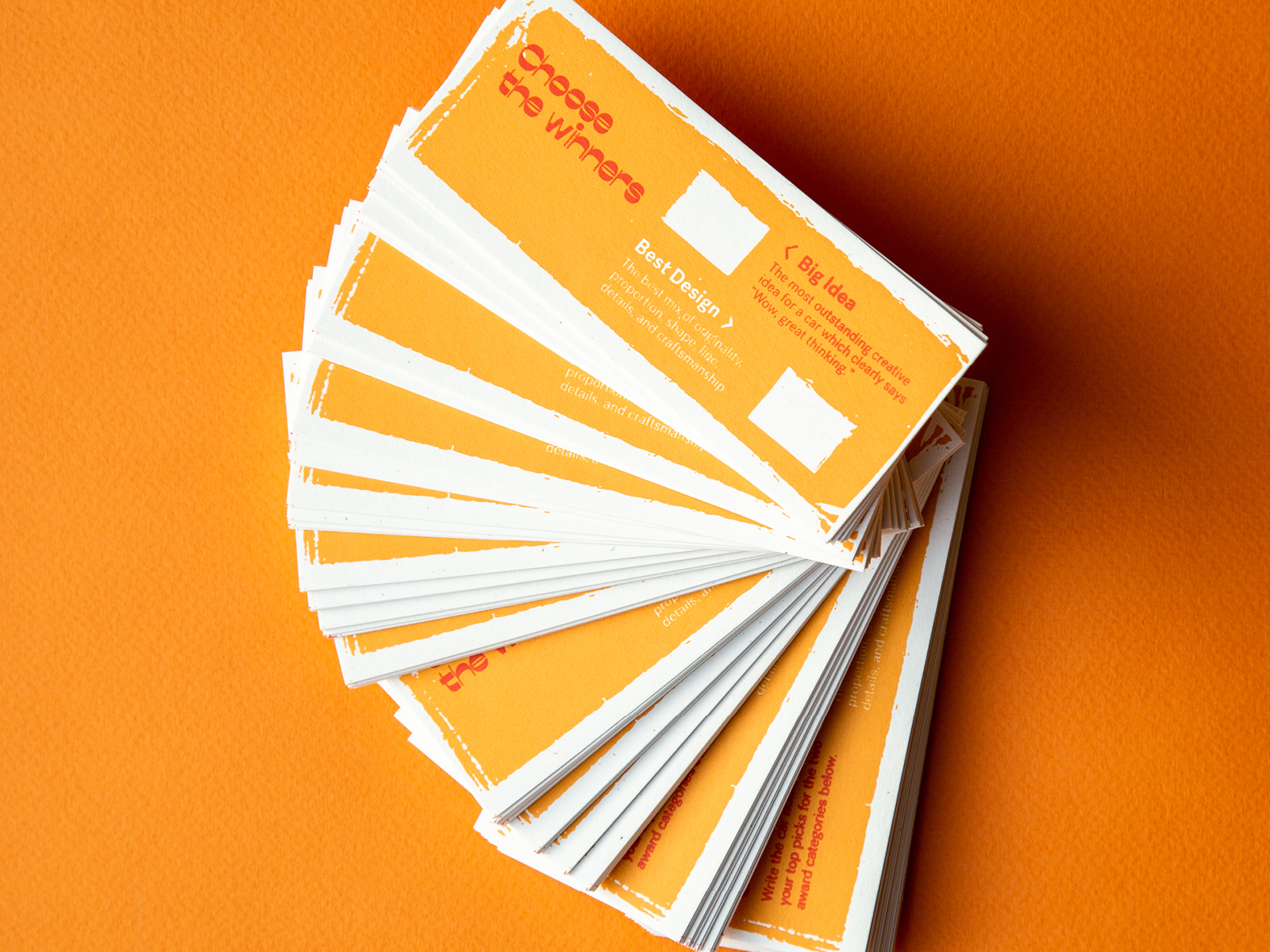 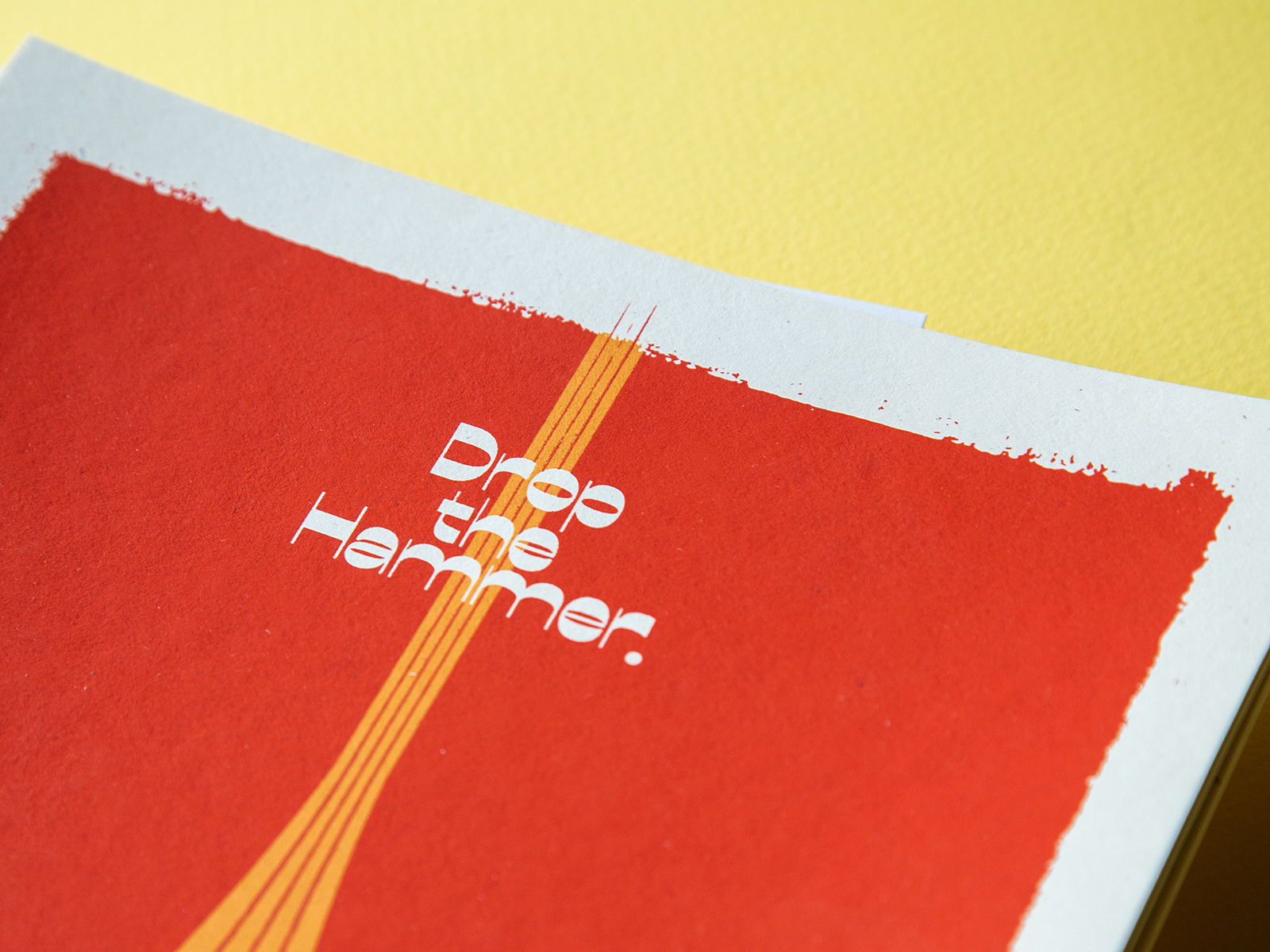 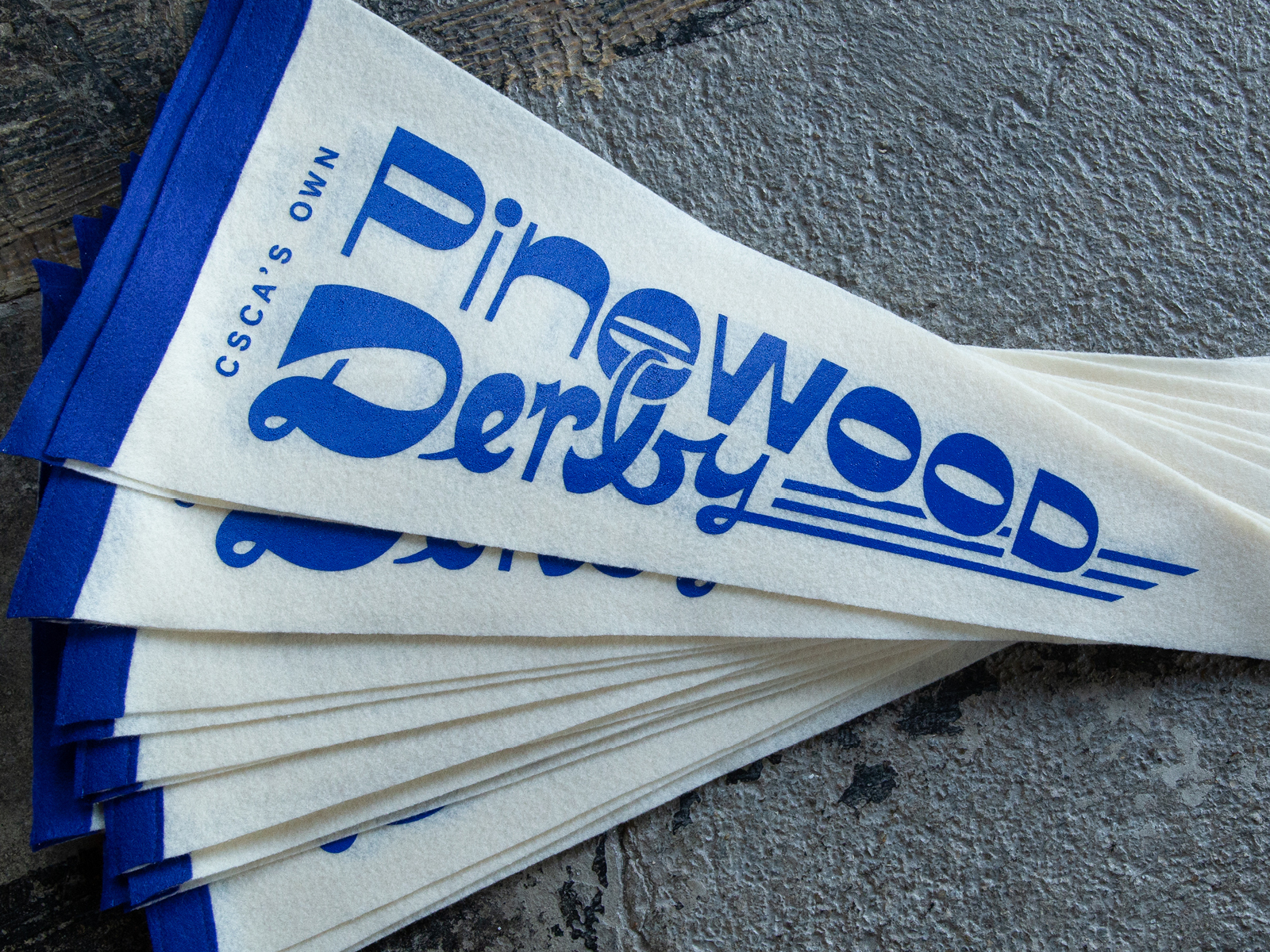 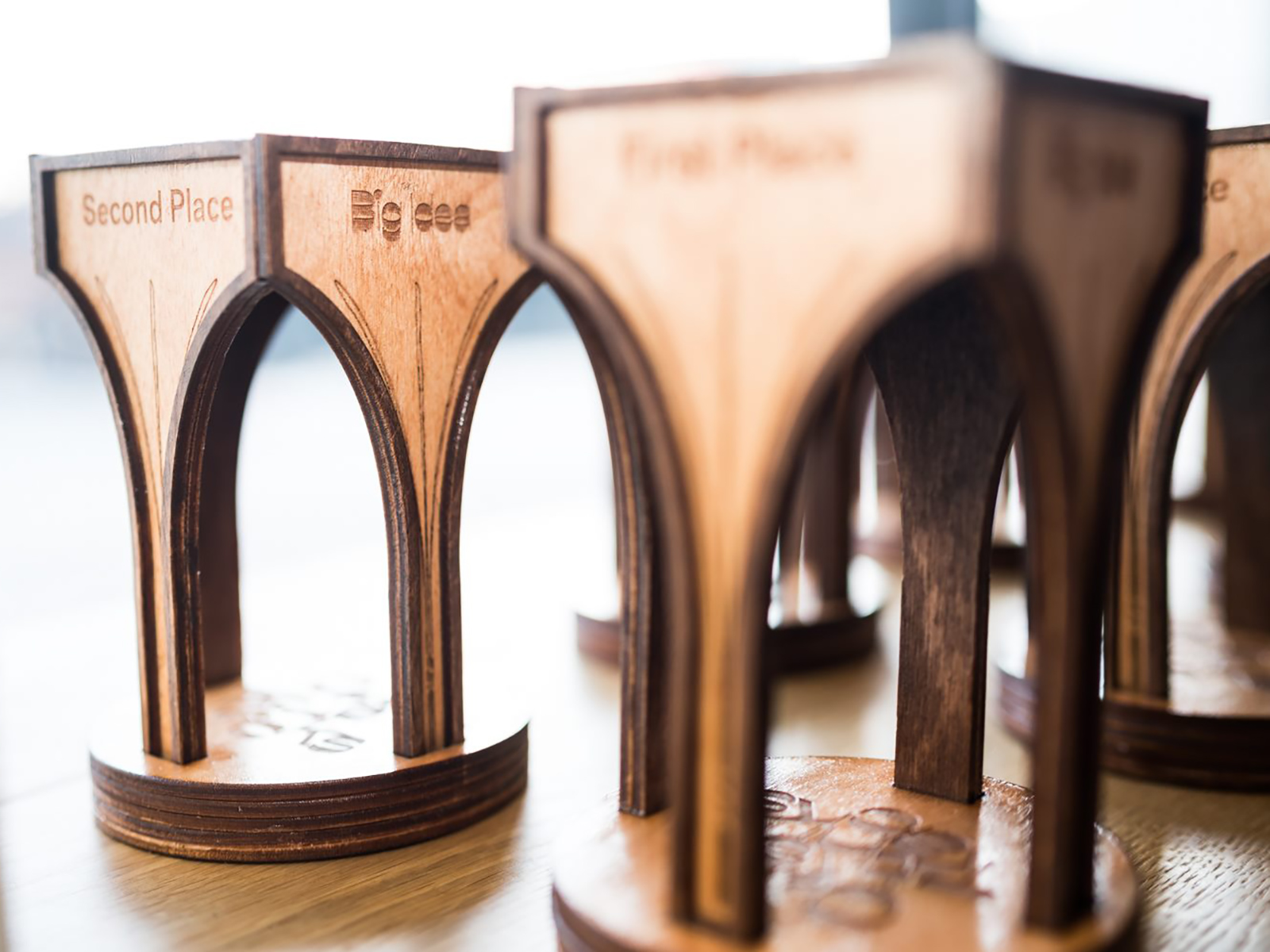 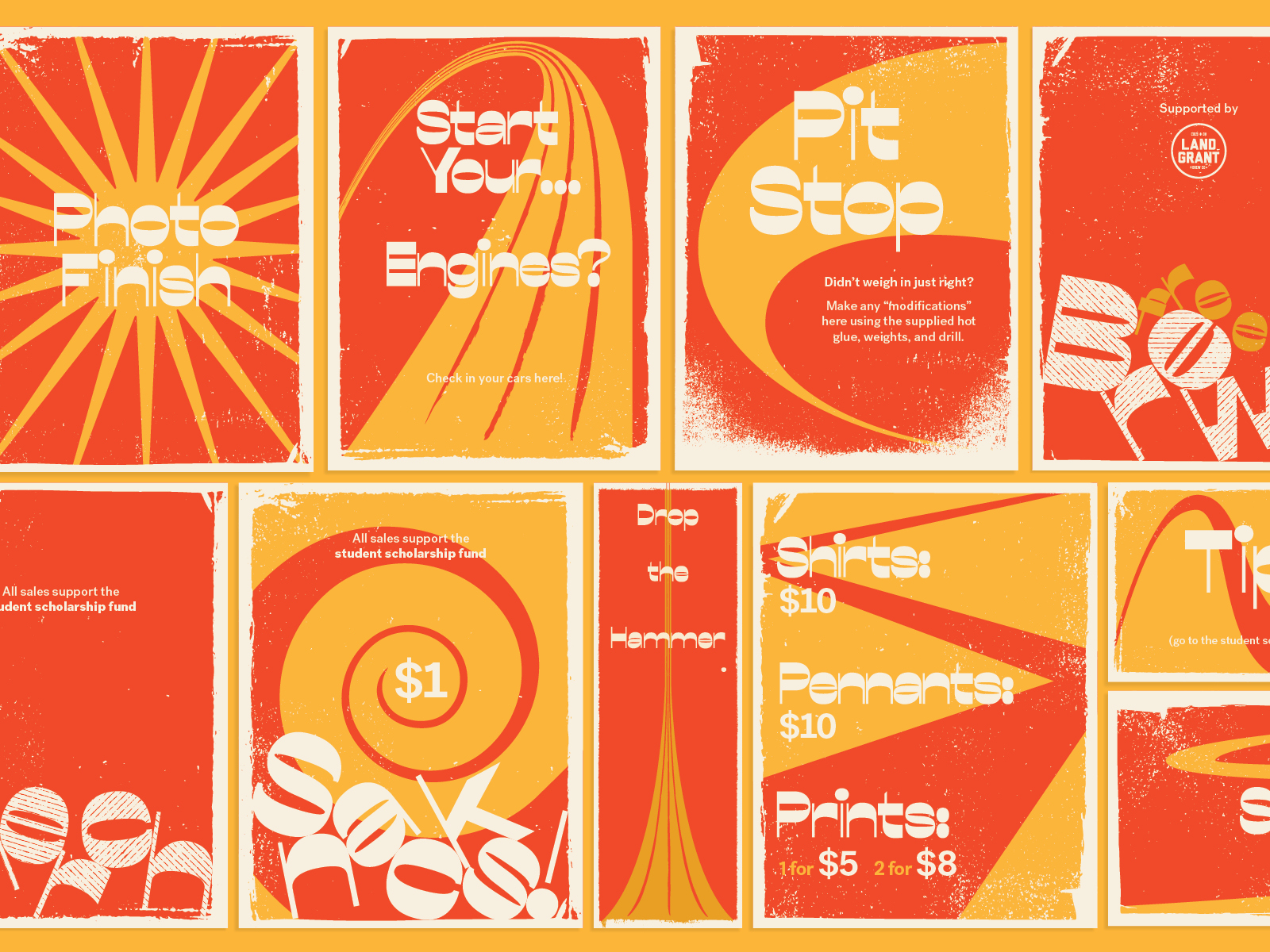 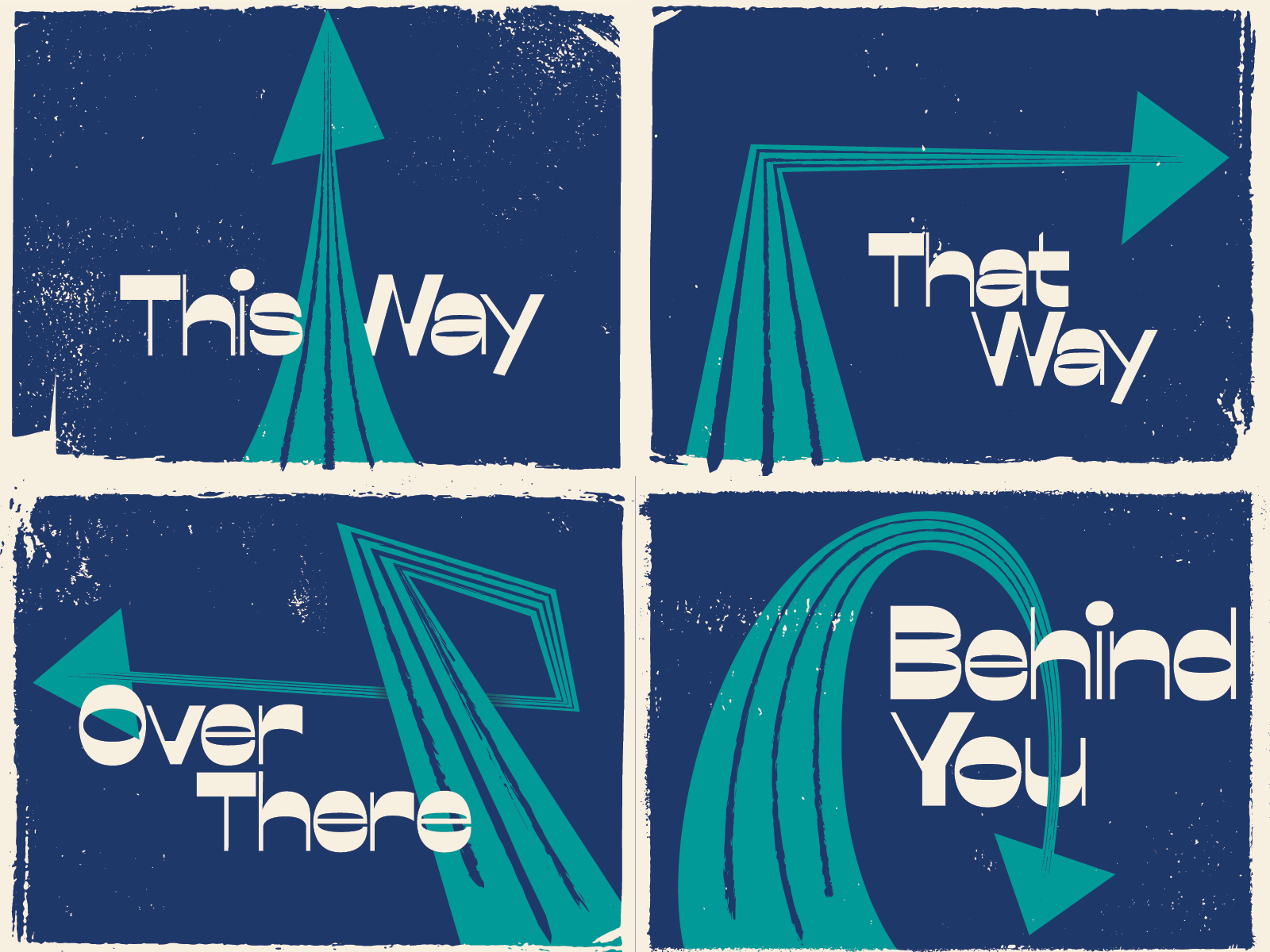 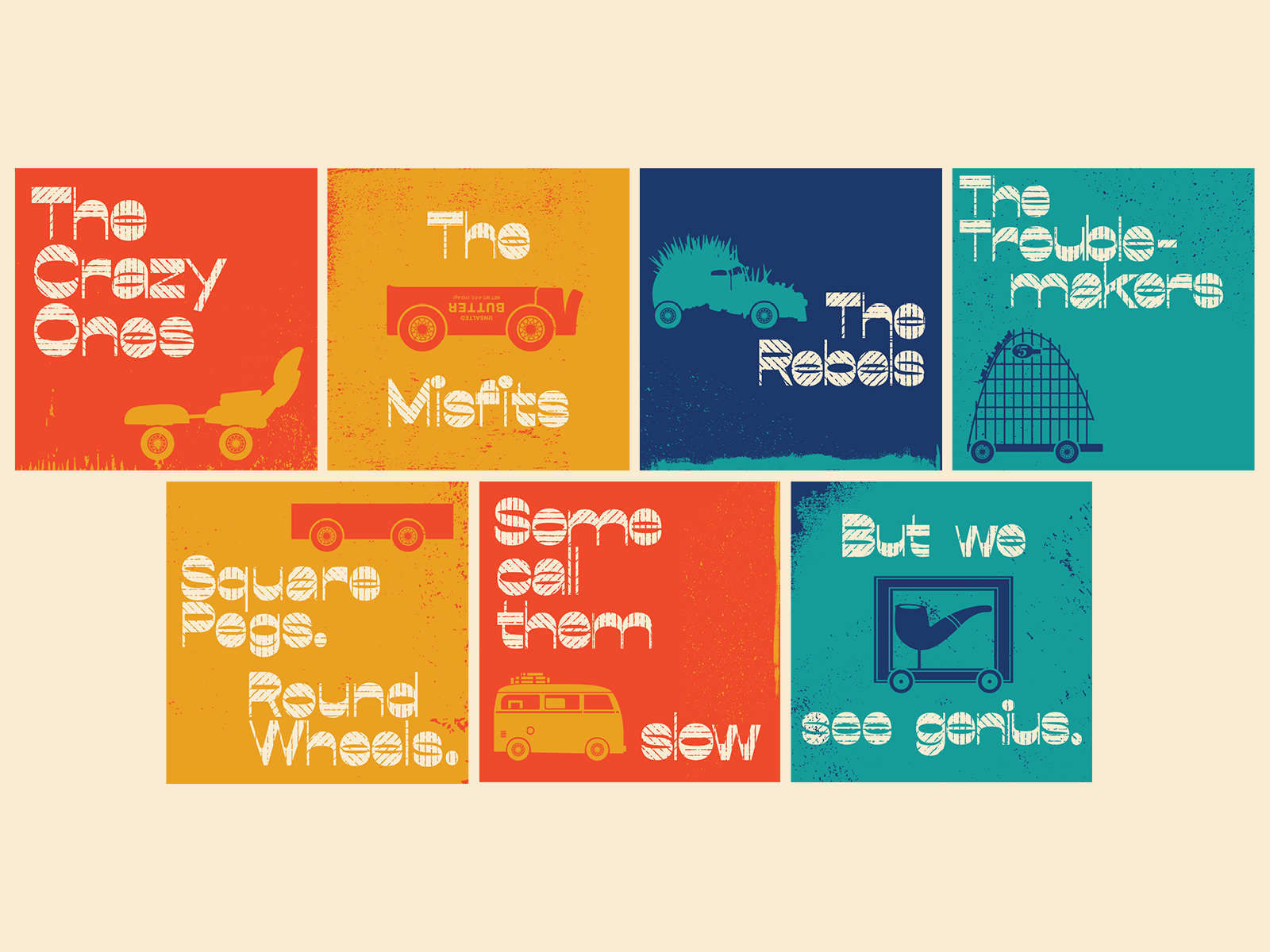 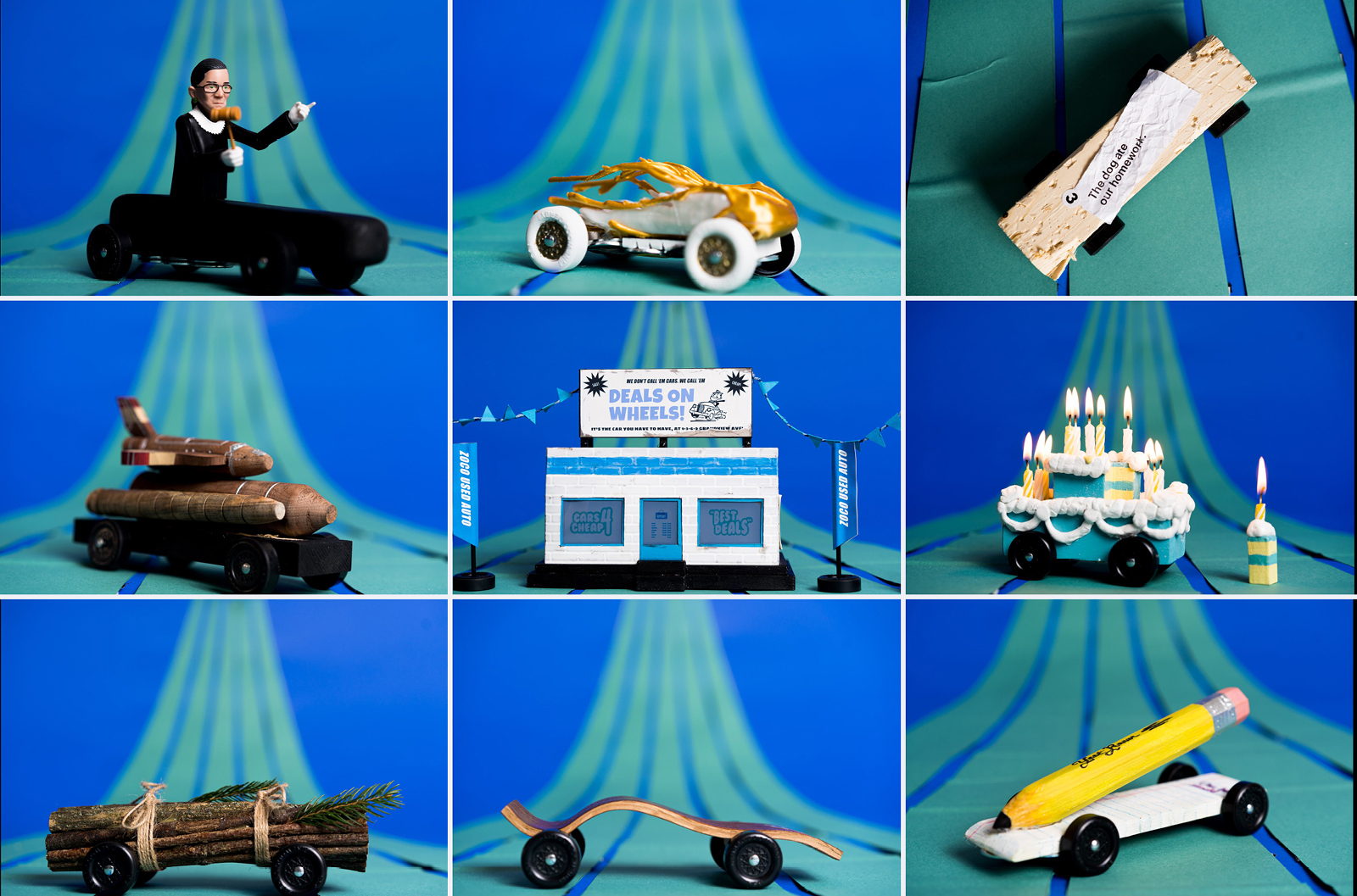 Created during my 2019 VP role as Pinewood Derby Manager for the Columbus Society of Communicating Arts.